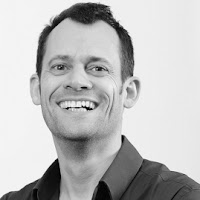 Richard Huntington, Chief Strategy Officer, from Saatchi and Saatchi, will never put on weight. His energetic and persuasive presentation today at the impressive #tuningin conference, staged by a new colourful and United RadioCentre, commanded the attention of the usually fidgety throng.

His message was clear, as befits an inspiring speaker. Trust matters to brands. He told with affection the story of Barclays Bank which, like Lloyd's where I worked for a desperate seven months, used to chain its pens to the counter. They were fearful that people might rush in, intent on stealing the lot. They did not trust their customers. And if they don't trust their customers, why should their customers trust them? The story ends happily, as Barclays cannily moved to branded pens, inscribed with the motif 'borrowed from my bank'.

Great brands do not ask for trust, they show it, in the hope their customers will offer loyalty in return. This concept of repricosity is well-established. In my book, I quote the work which suggests that even offering a cup of coffee to someone helps to build an expectation of mutually fruitful dealings. In commercial radio, that repricosity can be shown by delivering entertaining or useful commercial content, rather than shouty ads.

Radio is trusted. We know that. My station received an email a few weeks ago from an angry listener complaining to us about a client from which she'd had poor service. She blamed us, because we'd aired the ad. She made our responsibility abudundantly clear 'I heard the ad on your station, so I thought it wouldn't be a rip off'.

Another listener wrote to us last year, having bought a ticket to our marvellous Free Radio Live annual multi-artist gig at the Genting Arena. She asked if we were laying on a train. We, her trusted friend, had sold her a ticket and she felt we might be able to offer her a lift too. The fact that listener invested in tickets even before any line-up is announced is trust again.

Matt Deegan related to me, over a tasty slice of ham at lunch, the angry epistles he receives from parents who feel that the odd song on his Fun Kids station is unsuitable. One sympathises with the agony of selecting songs for a range of kids of all ages.  The listener, however, had no such sympathy. She felt the station she trusted had let her down.   We get the same, with listeners writing occasionally saying 'I know I can normally have you on, but today I worried about what you said when my kids were in the car'.

BBC station BAs will often tell of the calls they get asking the location of a doctor's surgery or what time B & Q closes. Radio stations are trusted to know everything.

Which is trusted more - radio news or the press?

Expectations are high. When a programme ends its run, or a programme strand no longer can justify its cost, listeners are indignant. How dare you change something? Whether a commercial or a BBC operation, there is an expectation that radio stations are there to provide a public service. A service they trust.

Radio should make more of the trust it commands. Do people trust ads on a Google search as much as they trust an ad on radio? Do people trust a presenter delivering a commercial promotion more than a banner on a website?

And, we should be sure that, however, our industry continues to change, we treasure that reputation. We should, in the words of Richard, 'leave something on the table' and not extract every ounce of value from the listener without consideration.

My book 'How to Make Great Radio' is out now from Biteback publishing. Proceeds to the Radio Academy.