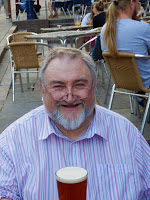 Reunions are awful things. Bumping into people you'd rather not see again; people you barely recognise; and acknowledging that you really are as old  as everyone else is.

The 40th anniversary celebrations of the first tranche ofcommercial stations are well underway. I gather the LBC celebrations in 2013 went off with a bang; the old Metro, Hallam and Piccadilly crowds really enjoyed themselves; and just a few weeks ago the, old Radio Tees (Tfm) crowd toasted four decades since Les Ross lifted the arm on the turntable for the very first time.

Last weekend saw the 40th anniversary of commercial radio in Nottingham. Radio Trent was the 13th in the list of stations celebrating those forty changing years.

We were privileged to be allowed to take over the old premises on Castle Gate for the night, thanks to the wonderful co-operation of its current occupants, Base 51/NGY. (@Base51) They manage an impressive new centre for young people in the city, housed in this lovingly restored historic building.  The old car park, home of so many arguments in Trent's day, when presenters would rush up during a two minute oldie to shift their vehicle so the OB Land Rover could escape, has become a surprisingly attractive patio where generations of  the old Trent guard could assemble in the early evening July sunshine. 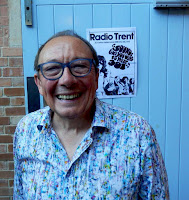 Ron Coles, who, as MD, nursed the station through its mid-life crises, stood to relay messages from those who could not attend; and Nick Shaw paid tribute to all those who had gone to work in what must now be a very great radio station in the sky, including his dear brother, John.

In a bizarre twist, the new venture now houses Notts YMCA radio/audio (@YMCA_digital) facilities in its basement, so in some senses the old subterranean studios have been restored to their seventies purpose. The breeze block studio walls remain, and even the old sealed window through to the old MCR 'control room'.  John Peters, first voice on-air, stared at his reflection, aged 24, in the glass.

A drink or two had been consumed by the time guided trips around the building began, so emotions were high as the Trent team revisited the scenes of their crimes.  Newsreader, Tim Heeley, drew up a chair in what would have been the newsbooth to deliver a familiar, reassuring late night bulletin, as he had most nights in the 80s. 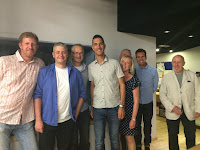 How brilliant it was to shake hands once again and trade memories with  the journalists, the presenters, the sales people, the traffic team, the creative producers and accounts staff who had captained the old station through its colourful past.  I tingled when I met the characters I'd grown up listening to, whose voices were the reason I worked in radio.

All generations were represented, from the smiling pioneers right through to a welcome smattering of the current Capital crowd, including  Dino & Pete from breakfast who were welcomed as inheritors of the 96.2 crown.  They represented today's necessarily efficient, focused radio stations, which now together deliver significantly greater audiences to East Midlands' commercial radio than we battled for in the vintage, vinyl days.

Returning to our old home was a little like one of those odd dreams where random people from your life gather in an impossible location.  Or being treated to an opportunity to step back in time, and continue, in loco, the conversations which had been severed some decades before. 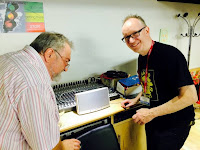 As we cleared up the venue late that night and restored the venue to its new purpose after a beautiful emotional journey, we slotted our  memories back in their rightful place at the back of our minds.  The old logos, the old jingles, the old pics returned to their cardboard boxes too, like Christmas decorations on the twelfth night. The reminiscences  are over for now.

Meanwhile, for all those lucky enough to still be working in this great medium and still as excited as ever, let's set out to create some more great times we can, one day, also look back on with similar huge enthusiasm. 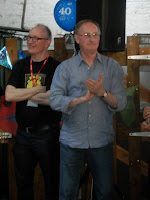 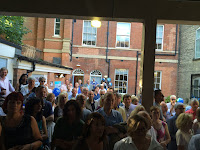 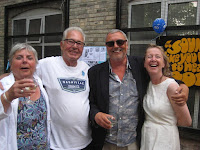 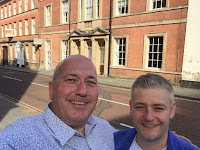 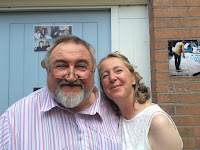 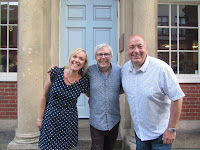 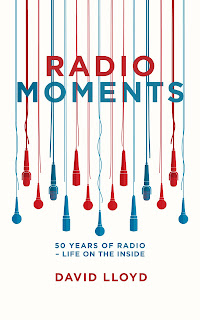