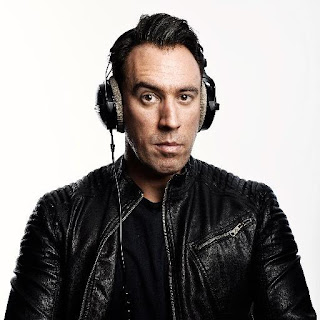 When Christian O’Connell began on breakfast across the UK, 86% of households didn’t have digital radio; the best-selling phone was a Nokia; and Mike Baldwin died.

Ten years on breakfast is quite a landmark on any radio station, not least one in the aggressive London and UK market.

Congratulations, Christian. You’ve done a great job, growing from boy to man in the transition from rebellious Xfm to vigorous Virgin and Absolutely beyond.

His arrival in 2006 attracted acres of coverage. Mind you, the mighty One Golden Square press office has an enviable reputation of being able to conjure up coverage for the arrival of a pizza in reception.

Lovely Lynn at the Guardian, who'd presumably woken early to listen, observed:  “I don't think he is the new Chris Evans - he is less frantic, less bullying, more likable, with a much drier sense of humour. And he is much less laddishly offensive than most of the other pop DJs.”

Christian's time in the London limelight was preceded by an apprenticeship at 2CR in Bournemouth, and an early spell delivering ballads to the dying in the disinfected wards of a Hampshire hospital.

This man, habitually clad in his black leather jacket, is a pro. A single-minded, clever operator. Witnessing his art at the Arqiva awards was always an education. One’s peers are always the toughest audiences. He measured the mood; with the fun poked at the big boys not the little guys.

On-air and off-air, a sharp performer with the skill to prep well and deliver as if he hadn’t.
He's serious about being funny; willing to draw on his own life; and watches others with skill to harvest observational riches. He studies his influences with diligence; and, unlike some other great performers, knows just how he does what he does.

Christian pulls off deadpan on radio - alongside sounding as chirpy as one needs breakfast jocks to.  A grown up 'lad' on a male station with easy female likeability. He boasts pure comic timing and - well - the sort of face that does funny well with eyes and mouth telling different stories.

The broadcaster manages his managers excellently, and is commercially astute, helping the station and himself earn the money they deserve; a skill which likely owes something to a first-hand experience of what hard sales is all about. And good luck to him.


His efforts have spun off into TV and, on radio, he's heard on 5 Live too. The book he penned, 'The Men Commandments', appears still to be at full price on Amazon, which is always a good sign, and his stand-up tour is very much still standing. His appearance at last year's Radio Festival was a mouth-watering appetiser.

I worked alongside Christian for an all too brief period in 2007-08. He's good to deal with, and able to detach the person from the performance for the sake of programme analysis. Hungry for anything at all which might help tomorrow’s show get better; and pretty impatient if it doesn't.

Congratulations, OC. Have a good show, Sir. Radio is proud of you.

My book 'How to Make Great Radio is out now, proceeds to the Radio Academy