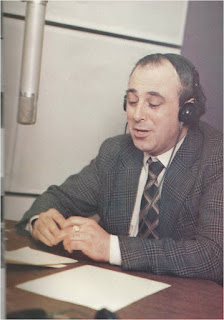 If you don’t live near Nottinghamshire, you may not have heard too much about him. That’s probably the point.

Dennis McCarthy MBE belonged purely to the city he came to call his own.  That’s why the streets were lined for his funeral route twenty years ago – and why he remains so fondly remembered to this day.

Dennis joined BBC Radio Nottingham shortly after it launched in 1968, persuading his way through the York House door by brandishing some promising material about dogs.

His weekly Sunday show - purring out of large VHF sets on 94.8 or Rediffusion Channel C - was to become compulsive listening; echoing round every terrace in St Ann’s and every boulevard in Bridgford.

Dennis's quiet conversation truly engaged; delivered in a natural voice of real depth, warmth and quality. Although his rich tones did not resemble those of his community, he understood his people perfectly and became a true companion to this proud manufacturing city as it prepared itself for demolition and reinvention.

The weekend show comprised an array of ostensibly dull features, turned into magic in the hands of a master. Every ‘Swap Shop’ caller was played to huge advantage as they offered a storage radiator or some ‘hard core’ to be collected from Sneinton. Dennis’s dead-pan delivery and comic timing was a true art.

‘Wanted Column of the Air’ was another classified feature where Dennis helped listeners' quests and turned them into entertainment.  Never ridiculing, he conducted parallel simultaneous dialogues with listener and caller. 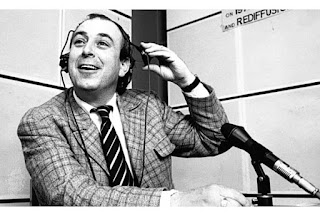 'Giveaway' became an excuse for an amusing faux-harrumphing exchange about why the listener didn't want the offending item any more.

When a listener he'd dialled up failed to answer the qualifying question for 'Family Jackpot', he'd still instinctively exploit any latent opportunity: "Are you having mint sauce?".

On one occasion, however, the recipient of such a call explained she'd just been bereaved. In the hands of any lesser broadcaster, the moment would have been far from the compassionate, dramatic radio that ensued.

When the occasion warranted, Dennis could just as easily slip into a quality current affairs or personality interview. On local matters, from the arrival of one-man buses to the closure of Victoria Market's mushy peas stall, he felt the City's heartbeat

The McCarthy contribution was extended to a regular daily show, 'Afternoon Special', in 1974, which was later to be networked across the East Midlands by 1980. This programme featured ‘Where are You Now?’, where listeners tracked down those they cared about so much that they’d lost touch. Dennis used it as a cunning vehicle for local anchoring: "Wasn't that the pub on Derby Road?". 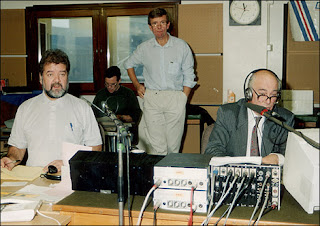 In those contesting days, we’d be treated to prizes such as, and I quote, a “£15 shopping spree on Arnold Market" – or a 45 rpm record. The unwritten rule was that winners of the 45s should generously refuse them and say "give it the ‘Ospital, Dennis". I suspect Nottingham’s QMC was actually built on a foundation of obscure vinyl freebies.

Dennis broke the rules. His programme often included deliberate gaps you could drive an NCT bus through. If a caller said she'd seen an unusual bird at the bottom of her garden, he'd ask her to go to see if it was still there. You'd hear the click of the latch on her door - and await her return. Dennis felt under no obligation to say anything, often for minutes. It was strangely riveting.

This great communicator is recalled now, not through Tram 214 which bears his name, but for specific memorable moments of radio. 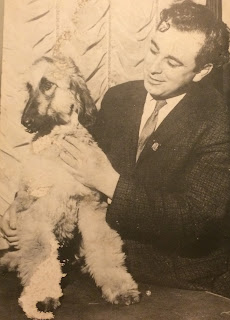 The shows were huge, dominating East Midlands’ listening. In later years, by which time I was working in radio, a plan was half-hatched to persuade Dennis to leave the BBC and launch ‘Radio Dennis’ on Trent’s AM frequency which it was hurriedly re-purposing.

He is still recalled as frequently as he was a decade ago. On Paul Robey's excellent Sunday show, heir to the McCarthy throne, listeners will voluntarily cite Dennis, just as they'd talk about an old friend. He was a listener's presenter, not an anorak's. Humbly little material is to be found on-line about the perfect performance of this gentlemen - who chose to complete his programme, on feeling ill, before passing away at home later the same day, aged 63.

I shall leave others who knew him personally to reflect on the man inside this hugely-gifted, dog-loving, washing machine and tripe salesman who'd been evacuated to Nottingham aged eight; and who'd appeared in a couple of films, including 'One of our Aircraft is Missing' two years before he'd left London. Most inspired broadcasters are complex characters, yet forgiven in equal quantity. I was but a loyal listener in my radio shed at the bottom of the garden.

I did meet him twice, though – the first time as I claimed my prize in a car-theft jingle contest he'd staged on his programme in conjunction with the Notts’ bobbies.  I was the runner-up, by the way, but bear no malice to the winner. I hope my rival’s been happy in life. 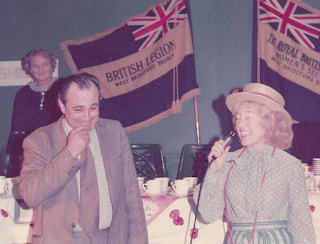 On the second occasion, Dennis turned up in his brown suit to open a British Legion coffee morning. He showed his face at a lot of events – a lesson for anyone seeking to own their market.  On this occasion, he’d been invited by my mother. As the picture suggests, my wonderful 'Hyacinth' mum had no intention of playing second fiddle to the invited star. But, again, he played her like a caller.

Dennis's family became our family, as his children, Tara and 'Digger' 'The World's Youngest DJ', played their part in the show.

His is a rare talent. Dennis was the sort of personality on which BBC local radio was built. Steeped in his area, a broadcaster who understood his audience and spoke to them on a level.

'Our Dennis' numbers among the greats. Over the years, there have been others of his ilk across the BBC local network, each hugely valued by their audiences. Sometimes more so than by their management.

Looking through the BBC Yearbooks over the years, his contribution merits a single, lonely mention - in the edition for the year he died. Just maybe the BBC of today should vow to take more care in identifying these great communicators, give them the environment to do their best work - and then celebrate them. 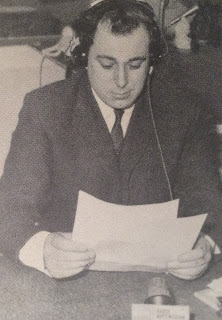 How many of today's broadcasters will be spoken about by their listeners twenty years on?

Enjoy a full hour-long tribute to Dennis, with contributions from family and colleagues


Thanks to Owen McCarthy (Digger) and former colleagues for their co-operation and contributions.

Grab a copy of my book 'How to Make Great Radio' now, from Amazon. Proceeds to the Radio Academy.
at January 08, 2016