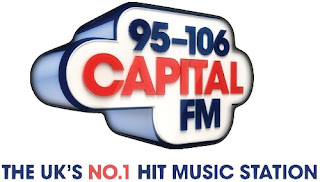 The Capital network launched five years ago - on 3rd January 2011, bringing together the eponymous London station with a clutch of heritage 'Hit Music' and Galaxy stations across the UK, reaching 7.1m listeners.

Its UK audience has subsequently stood up well over the period - in what can be a worrying radio demographic. Taking the brand offshoots into account, listenership has grown.

London ad agencies love the network's simplicity and I can only guess at the sudden impact on national Galaxy revenues. Having managed half of that non-London brand for a few years, it was always a frustration when, despite best efforts, its revenue yield failed to live up to its audience stature.

Whilst the previous brand-names are regarded with huge, huge affection by many, including me, the logic for the strategic move was clear. Assembling stations in targeted brand clusters where they could fight powerfully for ad revenue and market themselves effectively against both powerful UK-wide BBC competition and rival media. Without at least some attractive and powerful national brands amongst the industry offering, I would have feared for the long-term future for commercial radio.

Had the commercial radio industry launched in the 70s with some national mainstream brands, and an icing of sustainable locals, life would have been altogether simpler. And if the commercial industry itself had been launched a few decades earlier, that would have been better still. It's true too that some executives in the early commercial radio industry fought persuasively - and perhaps wrongly - for continued local FM expansion rather a national counterpart.

With only one national commercial FM network available, and that devoted to a classical format, there was no other option than to bundle together existing FM frequencies. The re-branding was discharged boldly and efficiently on-air, and accompanied by what is widely recognised as one of the best ever TV ads for radio. In an ever more competitive world, its target audience loves it, just as I loved its predecessors when I was their age.

Enjoy here a medley of the well-co-ordinated opening moments across the UK.

At the end, enjoy Hirsty's Daily Dose, on the huge 1m+ audience station in Yorkshire.

Hirsty closes her opening link with the words 'this, for the very first time, is Capital FM'. Save for the 'FM', she had recreated the first words on London's Capital in 1973. just as Moyles repeated Radio 1's first words when he arrived on the breakfast show at last. I am not a fan of incestuous 'in' talk on-air - but both these two asides are clever enough to be lost on the many and treasured, with a fond smile, by the few.
at January 03, 2016