The Importance of Being Likeable 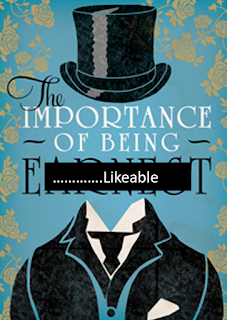 How annoying is it when someone pops up and asks a devastatingly brilliant simple question which cuts to the heart of the carefully-assembled presentation you've just delivered. Damn you.

Last week, amidst some lively BBC coaching work, the suave Gareth Roberts picked up on something I'd mumbled about presenters needing to be 'likeable'. I'd hijacked a quote from a session at the Radio Days conference, where the German author Sebastian Fitzek had spoken about characters in novels. Seb insisted that if you make them 'likeable', they can get away with blue murder.

Gareth volunteered the question: "How do you make yourself likeable? Or unlikeable?".

Reflecting firstly on the author's canny assumption, their words do seem to apply to radio talent. Likeability is key. Sam behaves intolerably to Amy on the Gem 106 breakfast show, but carries it off. Chris Moyles moaned on-air about all sorts, and the Nation loved him.

Even Radio 4's grumpy John Humphrys is hugely likeable. Nick Ferrari utters damning words about all manner of things on LBC , but yet there is a twinkling likeability in his mischievous eyes. The perfect Jane Garvey can take a subtle pot-shot at something in the most delicious way.

You can shake your head at some talented presenters' mutterings, but they get away with it. One half of a breakfast show duo might express ridiculous views, but they are still loved because they are established as being flawed, and have been seen to fail.  The errant brother you still love unconditionally.   In film, Hugh Grant portrays bumbling yet hugely likeable characters.

"People invite you into their lives, their cars, their offices every day - and you are part of their life....radio stations employ you because people like you and you have that likeability". (Neil Fox - Radiomoments Conversations)

By contrast, I heard a decent hour on one music/talk mix format station the other day, but I just could not bring myself to like the presenter. Despite acres of chat, I didn't feel I grew to know him. There was something about him which didn't chime. Although I'm supposed to know about these things, I cannot explain why I didn't like him. It was likely grossly unfair to the poor bloke who probably helps old ladies across the road, dotes on his kids and incurs a hefty Justgiving bill. But listeners don't know the whys and wherefores either - they just know whether they take to someone.

It's the same in real life. Why are your friends your friends - and not the person next door?  Thankfully, folk more qualified than me I have given some thought to this more general question in life, and the conclusions seem to have relevance to our world. 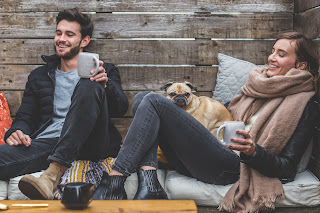 Likeable people, they say, are generous in conversation, confident yet self-deprecating, and sometimes vulnerable. They are honest, authentic and consistent. They listen. They make a great first impression. They make mistakes and admit when they're wrong. They encourage others. They're optimistic, but not unrealistic - and they can laugh at themselves. They can have a tough conversation. They don't take credit for other’s success - and give you their undivided attention. They remember your name and live for themselves rather than to please others. They don't try too hard. They smile. (Traits of Likeable People - Andrew Thomas, and other bits I made up).

I guess they are the friend you'd always want on a night out, but also the one you can open up to tearfully in Starbucks. The one who always makes you smile but also will rise at 3 a.m. to run you to the airport. They are there for you. It's not about being 'nice'. That's vanilla. It's about being likeable. On balance, they feel good to be with - which is why you choose to spend chunks of your life with them.

Sometimes people change. They mix with new people, get new jobs, behave differently. Not so likeable as they used to be. Just as some star names sometimes forget who they were, and start to leave an audience behind.

That odd blend of confidence and vulnerability is key. Who confesses their inner worries to Mrs. perfect?  And, as Brene says below, "what makes you vulnerable makes you beautiful".