The Legacy of Frank Gillard 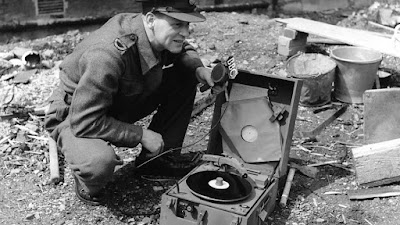 Having overheard a few bright young things in BBC local radio call their awards the ‘Gilliards’, it might be worth a quick canter through the life of the man who was Frank Gillard who lent his name to your annual budget knees up awards ceremony. He is the reason you are here.

The BBC was not awfully keen on the prospect of BBC local radio. Why would you trouble to set up loads of rebellious expensive offshoots in places with funny accents?

Frank was recognised as an accomplished war correspondent after he joined the BBC full-time in 1941. His valiant despatches, sometimes under fire, still bring home the sights and smells of conflicts around the World, witnessing the Dieppe raid, broadcasting reports from the Normandy landings and breaking the news of the link-up between the US and Soviet forces in 1945

As the War ended, Frank began in the BBC's Western region, still putting his commentary skills to good use on Royal visits.  He moved to London as chief assistant to the director of sound broadcasting, returning to the West as regional head before returning to BH as head of sound broadcasting in 1964 . Frank wrestled with both the BBC radio structure and the schedules, tackling such matters as the thorny issue of the end of Children’s hour, in the face of much opposition. ‘Any Questions’, which remains on the Radio 4 schedule to this day, was one of his offspring.

Frank was instrumental in the strategy to deliver a new pop service to the nation prepared to take-over from the pirate audiences, and in the re-organisation of BBC radio from the Home Light and Third to the 1,2,3 and 4 we know today.  Let us remember, at this time, those were the only radio services here; with listeners still resorting to Radio Luxembourg for further entertainment choice.

Frank was also evangelical on the prospect of local radio, having seen it in operation in the United States.  The BBC's origins, of course, had been local in the 1920s, but more by necessity than strategic objective. 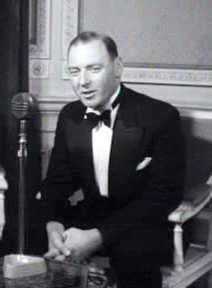 In a bid to bring a reluctant BBC to his way of thinking, he arranged for closed circuit programmes to be recorded in a series of locations in the early sixties.  As Michael Barton, an early BBC local radio network controller recalled to me recently, Frank played clips from the programmes to an invited audience of local dignitaries to persuade them to help fund the new operations, given the BBC itself felt unable to stretch to the new venture.  They were persuaded by the passion of his case.

The 'broadcasts' were also used to help persuade the Pilkington committee, which was reviewing broadcasting, to enable the new network to be launched by the BBC, at a time when the Corporation was battling to retain its radio monopoly. He emerged from one early meeting "feeling it was a lost cause".(Frank Gillard, speaking in 83, cited in 'A History of BBC local radio in England -Matthew Linfoot)

Without his energies, leadership and powers of persuasion, many suggest that BBC local radio may never have been established.  Had commercial radio pre-dated BBC local stations, as seemed eminently possible in the early 60s, the BBC would likely never have become a local broadcaster.

A series of experimental stations were duly planned, with a reviewpencilled in after two years. Radio Leicester became the first, having secured its funding, in November 1967.  The network was confirmed and grew incrementally to the present day.  I hope its future is assured.

"A tribal feeling of comfort through an association of place. The best definition is: in an area where the buses run…beyond the final bus stop in that route is someone else’s land, somebody else’s community. Where the buses run - I belong. My community is the people who breathe and talk my language and same the same sorrows and joys as I do. That’s local radio." (Michael Barton, former Controller BBC local radio 1975-1988, interview, June 2017)

If you win, toast Frank at your table.