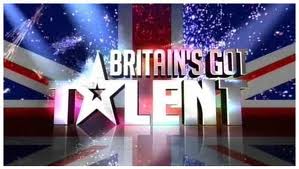 Talent is a funny word.  Often used in a sniffy sort of way.  I remember first seeing the word used when DOS Selector software arrived in the 80s: the presenter schedule on the software was (and is still) called ‘Talent planner’. Blame the Americans.

No-one is a true expert on Talent management; least of all me.  So, when I received a surprise invitation from the BBC to pop across the road to give a talk on ‘Talent management’, I paused to ask a few presenters about how they like – and don’t like - to be managed.
I harangued some of those I work with currently; and also begged the views of others I have worked with in bygone days on other major stations.  Many of them earn much more than me; so I respect their views.  It was also useful to be reminded.

One recalled they’d been told: “When it comes to dealing with presenters, it helps if you have children of your own".  They reflected:  “It's sadly true. But, you build them up and cosset them and then can't work out why they're stark raving mad.”

Empathy.  They asked that their lives be understood.  Planning a 4.00 p.m. meeting involving breakfast Talent, without prior consultation, is a huge flag which suggests: ‘I really do not think or care about you’.  As one said to me: ‘If I reply to an invitation like that, I ask if they are free for a 4.00 a.m. meeting instead’.  If they send an annoyed note about issue A, they are comforted when you are sufficiently sage to understand it's really about unrelated issue B.

Specific.  They’re not keen on vague comments – positive or negative. Even ‘great show today!’ needs another line to say what it was exactly which truly was great. Talent can identify hollow praise from a million miles away. "We are sensitive needy people, whose egos need the occasional massage. Many colleagues over the years have said to me they are managed too closely and then still complain if they are left alone. As a manager, you may feel as if you can't win, but strike the right balance and you will be respected and held in high regard by the broadcaster."

Paranoia.  Some Talent may behave, on occasions, as though they think they are the ‘bee’s knees’. Whatever they are.   Sometimes intolerably.  But deep down, they realise how lucky they have been in life. One day, they expect it will all collapse. They’ve seen it happen to friends around them; and feel convinced that one day their time will come.  So, when you happen to ignore them because your mind is on something else; or cancel meetings; or make a remark about something, they suspect an agenda.

Snoop.  How I hate that word. I never use it.  Playing back bits of shows is often important and useful, though.  “What I find annoying and completely pointless is when a manager will tear apart an aspect of the show without any solution to how it could have been done better and make it better in the future”, cautioned a colleague.  Another great Act volunteered to me that a great athletics’ coach would never just simply applaud a fast lap and say ‘that was great’, they’d help you get it half a second faster.

Having said that, there was a comment which suggested:  “The best meetings are where the boss says, that was a fantastic show, go and do it again tomorrow, or even better, "that was great....let's go and get breakfast”.  It is true that some great days there is not much to say;  those are, maybe, days for listening to someone else’s show, or talking nonsense.  Creative talent is easily bored, so different approaches/formats/locations to ‘meetings’ do help.

Food. Studies appear to suggest that people are more pre-disposed to being amenable where food is involved. I’ve yet to meet any Talent who do not like a nibble.  Not least ‘cos the likelihood is they are on-air when people normally eat.   Try a fairy cake.  (When did they become cup-cakes?)

Respect.  You probably expect a degree of respect for your experience and skills; and so do they.  You have made your mark in the management thing; they have made theirs as a presenter. They are as successful as you are; probably with a rarer skill.

Support. They like you being concerned about them and what they have to cope with.  Whether it’s a studio fault or someone around them not supporting as they should: “let me look after that – leave it with me, I’ll sort” are words I am assured Talent like to hear.

Calm.  ‘I want to be led by a manager who never loses his cool, especially in the face of adversity, even if inside he's about to pop!’.

Timeliness.  One person related to me the story of how he nipped to the loo during a show. Whilst in mid-stream, his manager from the adjacent cubicle called out: 'Y'know that last link? Don't do it like that again".  There is a time for critical feedback; and, unless it's a matter of life, death or legal action, during the show is probably not the best time. Nor when you're in the loo.

Honesty.  Talent will likely say they want it.  Many concede they’d like it wrapped up nicely by someone they trust whom they feel is a ‘fan’ of the show.  One person suggested their partner was their biggest ‘fan’.  Their partner loved their show (and presumably them too), but was shamelessly critical when need be.  That’s the sort of relationship maybe to aspire to: the relation you love enough to allow them to slag you off.

Support: “If I feel like my boss will go into bat for me when the shit hits the fan, then I feel liberated”.  That sort of sentiment was echoed by many.  Being ‘on my side’ said another.  Not ‘red corner and blue corner’, ‘working together’, ‘consultant’.

Not all Talent is the same. “Any manager who does that is naieve” said one person I spoke to.  Many of my respondents correctly observed that managing Talent is not a ‘one size fits all’.   In that vein, some like to be treated a bit different from newbies; yet others feel uncomfortable when they are singled out for better ‘facilities’.  All views are probably compatible.  It’s about getting to know the individual, and being alert to their feelings.  “Other team members end up resenting the talent and the talent ends up having an inflated opinion of themselves”, recognised one.

I floated this topic to one of the best record reps in the business, given he’s had to cope with the strops of artists in his years.  He suggested that there are fewer Divas around. Why?  Maybe social media, he suggested.  It means fans know if an artist has behaved unreasonably: they now have to answer to those fans.  Just maybe there is an accountability lesson there for radio talent too; and a useful device for Talent management.

Back to broadcasters.  I loved this: “the secret is making the broadcaster feel like they are loved and wanted. It's their food and water, give them just the right amount and they will perform all day long. Don't give them enough, and they will become troublesome. We all get grumpy if we don't eat”.  No wonder the person who wrote this is a success story.  And they are.

Huge thanks to all who bothered to reply to my spurious questions.  I would credit you, but thought you’d prefer to stay anonymous, given I did not suggest I’d steal your words for a blog.  Cheers.  Shout up if you’d like me to credit your name to your great words in this epistle,

To those with whom I currently have the pleasure of working, who used this invitation to tell me things they needed me to know.  You were right to.  Message understood.

The final canny observation has to go to this great Talent who made me smile so much more than they ever made me scream:

“Essentially all Talent is insecure, paranoid and delusional.  If they're not when they start, the system will ensure they become so.  Treat them as you would a confused elderly relative: with kindness and care.  After all, you sent them nuts”.

With amusing, deliciously self-deprecating insight, little wonder this individual is truly one of the best performers.


Grab my book 'How to Make Great Radio', out now from Biteback