Give Me a Song Title about.... 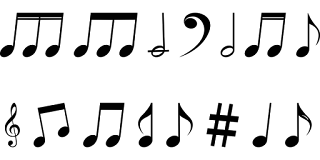 This ‘let us know a song title to do with the budget’ business.  Or ‘can you think of a song title which fits this dull news story?’.

I’m not quite sure what the goal is.  Maybe I’m missing something.

After laborious trawls for calls  - with no integral value in those talk ups whatsoever - I’m feasted with an incessant number of ways of getting in touch.

Eventually a few regular listeners with nothing else to do with their lives get in touch with dubious offerings.  They think they’re funny, but I’m not sure anyone else does

Some presenters go one step further. They invite us to sort of adjust a title with a weak pun.

Oh, how we laugh when the presenter reads them out.

With all these things, and in most things in radio, I always ask myself what’s the very best it can be? If you imagine you got the very, very best contribution, what would it achieve?  A limp passing smile at most?

How does that compare with a great exchange? A great conversation? A relatable anecdote? A real life story? A surprise? Something interesting or useful? Or just another great song?

Will anyone really remember this bit of lazy radio in an hour's time?  Ah well, it'll get a few texts, and the jock will judge that means someone's listening.

Maybe I’m wrong. I often am.

Even ‘what’s your favourite biscuit?’ carries more value. At least there’s some nostalgia and relatability. We all know, frankly, that topic goes wild. And it would probably be a good occasional idea if you can find a station it hasn’t been done on recently.

Consultant Dan O'Day used to say "every link must have a value". I’d love someone to explain to me what the value in this is.  Rae Earl suggests these things are social media mechanics which are being erroneously transferred.

Like everything in radio, though, there are exceptions. The best presenters can use a mechanic as dull as the above, or worse, take those callers on-air and turn them to pure magic.

Just make sure you do – and you’re one of them.

@DavidLloydRADIO Is it lazy presenting / producer's or targeting a certain audience. Our local BBC radio station could be in this category.
— Richie b bo (@Bloghoudini) November 24, 2016

@DavidLloydRADIO totally agree but admit to having done it on Gold?? Sorry
— Tom Ross (@thegoalzone) November 24, 2016

@DavidLloydRADIO And presenters have to make patronising noises as someone suggests Simply The Best when subject is, eg, a sporting winner

@DavidLloydRADIO Wish I could research parody songs. Particularly ones that go into two verses.