What do mag covers tell us about teasing? 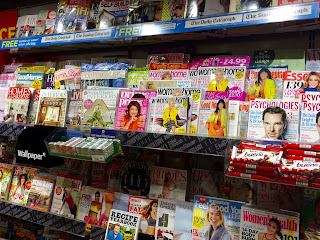 Even WH Smith suddenly seemed alluring today as I whiled away the windy minutes on the platform, awaiting the North-bound HST.

Inside, I stared at a towering magazine rack from which I had the intention of purchasing absolutely nothing.

I dimly recalled, however, that on one occasion, when trying to help a surprisingly receptive presenter keep listeners riveted to a piece of imminent fruity content, I had mumbled something about "what would they say about that on a magazine cover".

The mag rags wouldn't say "Inside: We've been interviewing Robbie", they'd cut out some mad single juicy quote or topic, exaggerate it hugely, take it out of context and stick it on the front in a horrible fluorescent splash. Simply because they needed you to be sufficiently curious and interested to lay out a few quid to buy the trashy thing.

Still bored  - and probably being observed on the monochrome CCTV by a crinkly bloke in a crimplene uniform -  I jotted down a few of the front page mag splashes to see if my theory held water, or if it was just the usual pointless ramblings of a programmer.

Heat struck me. "Charlotte Crosby - my shocking nose job diary".   That sort of works, I guess. Suitably specific to tempt me, if I were interested in people's nose jobs. It's certainly better than "We've been talking to Charlotte Crosby - and we'll be playing out that interview after the news".  I've heard that sort of stuff. And 'diary' suggests secrets are about to be revealed.

Grazia tries the same trick with "Inside Kate's debauched divorce party". Now you're talking. Leave them in no doubt about what they're about to miss, but never give the pay-off. 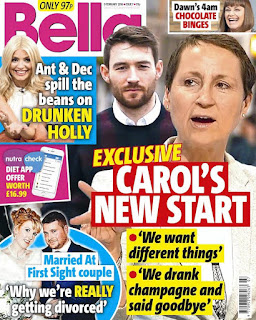 Alas, nothing arose from my peering at the front page of Rail magazine.

Nor from the numerous mags which did lists of things like: '"5 reasons to retire"(The Lady).

'65 things about orgasms' (I just made that up) might have worked better, but I'm not entirely sure the old journo numbers trick works too well on radio.  By the way, that's apparently: 'Number or trigger word + adjective + keyword + promise'.

Maybe try that magic on your website and social media click-bait. On-air, though, hand-pick one thing from the list, pull that apart, caress it, squeeze out the value -  and you might have something.

The Traveller fared slightly better with a '"The results are in' about something or other.  But the girls' mags excel: "She changed her Tinder to women only - and it got interesting" (Glamour). There's a radio plot.

The Radio Times promised "The most irritating TV ad ever". Now, who doesn't want to know which one that is - even if only to disagree. That's like 'the Number One' on a list or chart, 'the best song ever', or the 'worst song ever' (don't try but the latter, I'm just illustrating a point here). You cannot stop nosiness about which it will be. If you can elicit genuine curiosity in a tease, it works. There's a world of difference between 'In just a sec, the brand new song from Adele... Have a listen, see what you think" and "Adele's next". Implied or explicit questions are good.

Whatever the format, you want listeners to carry on listening - or to come back later.

Keeping people listening is really about forward momentum. Making your show difficult to leave because it's enjoyable and/or interesting - and satisfying a need. Making it a programme you want to come back to later - and tomorrow. Great content, of course, is key, and, dependent on the format, how it makes the listener feel - and helping the presenters become the listeners' friends and family. 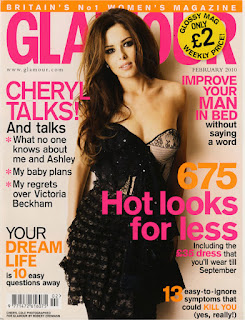 'Teasing' can be a useful part, although not the whole, of the strategy. But the pointless previews and 'so what' teases which riddle British radio like a disease - probably do little else apart from delighting naieve programmers.

If you're going to tease, it needs to be more than a yellow AA signpost.

It needs to be an unfinished story, preferably with integral value, that arouses a pang of hunger.

Otherwise, readers will buy the next mag along, and listeners will have moved on.

More about teasing in my book 'How to Make Great Radio'. Proceeds to the Radio Academy. 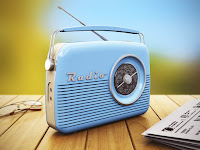 A favourite song cheering a sullen moment in a grey teenage bedroom.

Hoping to hear the name of your school when the snow fell.

That birthday shout-out the day you were spotty sixteen.

The noisy album you won, aged 17, and wrote your name on.

The soundtrack to Summer journeys with your best friends in your first car.

Smiling on the way to another dark day in a dull job.

Upset because they moved your favourite presenter.

In bed. Wrapped up. Rain on the window pane. Cromarty. Dogger.

Stuck alone in a motorway jam. Knowing you're fighting it together.

A wind-up set pulsing out life-saving messages on AIDS across Africa.

Risking imprisonment in Germany listening to Long Wave from London in the dark days of War.

A captive Terry Waite chained to a radiator in Beirut, hearing a World Service birthday message from his cousin.

It’s for good reason that nine out of ten people around their Globe spend as much as a quarter of their waking hours with this delightful one hundred year old medium.

13th February is World Radio Day - A day to celebrate radio as a medium; to improve international co-operation between broadcasters and to encourage major networks and community radio alike to promote access to information, freedom of expression and gender equality over the airwaves

This year, the UNESCO theme for World Radio Day is 'Radio in time of Emergency and Disaster'. Radio still remains the medium that reaches the widest possible audience in the quickest possible time.

My book 'How to Make Great Radio' is out now. Proceeds to the UK Radio Academy
at February 11, 2016 No comments: 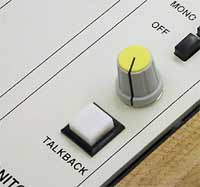