Pride in the Brand 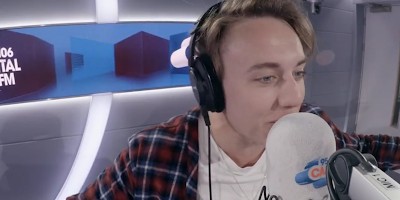 Isn’t it annoying, relaxing in your front room, when a rival’s TV ad interrupts your favourite programme?

Your mind wanders from the escapism of X Factor – straight back to dreary work matters. It quite puts you off your food.  Even worse when the ad is truly stunning.

That’s how I used to feel in Birmingham in 2011, when the initial Capital TV ads descended.  It wasn’t just a single scud missile, the laydown of that campaign was a sustained war. The quality of the creative was enviable - and entirely on brand.

The new Capital ad is, again, typically excellent. After a few star-studded executions, the creative has moved on. This time, the stars remain, but in a radio setting, without losing any of the class.

There is little doubt that Global has raised the bar for radio marketing. The degree of care and investment are a world away from some we have seen here and around the World. Their media buying excels too, not only terrestrial TV but canny digital buying too.

At a time when our medium needs to be showcased well - and in a contemporary way, Global is doing it. If this medium is to enjoy future success, this investment targeting Capital listeners brings benefit to us all; and the same can be said for Radio 1's.

In the UK, as we began to use TV, tactical ads were once commonplace. Capital and BRMB trumpeted the Birthday Game or the Bong Game.  For some years, the original Virgin station led its TV creative with ‘Pay your Bills’, featuring Christian O'Connell knocking on doors. An appointment to listen.

Contesting per se was probably a powerful approach in those pre-Lottery, pre-internet days days when your radio station would be the only place where big prizes could be won.   I know its impact was duly felt in Rajar. Now, the principal value in contesting is the witness value, not the taking part.


Galaxy, at the time headed by the gifted Riley/Parkinson/Button marketing dynasty, probably led the way with brand radio ads.  The BJL creations had attitude.  Some campaigns at the time were supported by Outdoor creative that was banned, which, as we well know, is the best thing possible for any canny marketer.

At Free and Gem in my Orion days, we had the hamster. It puzzled some. Mind you, the ‘what has the hamster got to do with radio?' question would  proscribe just about all other TV ads for anything.


The creative was thoroughly in line with the brief. Orion's Andy Price was on set with the real hamster, which was rather cheaper than the accompanying CGI commissioned from the War Horse creators.

The ads attracted phenomenal scores in the Milward Brown testing, by which many TV ads are researched. The conclusions of that test were right. After the heavy terrestrial TV campaigns, the social media chatter abounded, amplifying the impact. Hum-Free was thoroughly loved, to the extent that one listener even filmed it off her TV and bunged it on Youtube. That, plus the official versions amassed 170,000 views.

In breaking the new brands, the hamster did well, and rivalled Capital’s ad for immediate recall, with an impressive legacy tail. Importantly, it was also distinct from Capital's work. You don't confuse Rhianna with a furry thing.

Magic moved on in five years from its deliberately sleepy positioning to a more feelgood approach. As is the case, thankfully, with most radio campaigns, the sophistication grew. I wonder how many alarm clock radios have featured in TV ads for stations. And who has one nowadays, anyway?

I did enjoy their 'listener pictures' concept for Magic at Christmas, but I have to confess, I would have tampered with the language and staging of this promising execution - and the abrupt music fade.


Mind you, music is always a challenge. Find the track you really, really want, then then take a seat and a deep breath as you are faced with the cost of licensing.

Outdoor has also been a key medium for the marketing of radio. In many cities, the smiling faces of the breakfast hosts peer menacingly from 6 sheets and the sides of dirty buses.  I am of the view that when you hire stars, or when you are consolidating success of a duo which an area loves, the faces can work, if they look half-decent.  An unknown ugly pair launching their new breakfast show is unlikely to score.

The current Smooth outdoor flags campaign featuring presenter faces puzzles me. Smooth is a stunning brand now, and its 'relaxing music mix' is actually one of the very few propositions where its phrase is correctly attributed by listeners (according to research we did some months back). Listeners join that great station for its music, mood and lack of interruptions. Faces, particularly if not instantly recognised, is not a tactic I would have chosen.

John Myers launched a few stations in his time. His media planning was instinctive and typically blunt. 'More bus backs, m'darlin'', he'd growl down the phone.  John maintained that the backs of buses are seen more than the sides, and if you're going to use a medium - own it. Century's colour and blunt, bright messaging did the business at the time.

Ads work client-facing too. I recall one customer, based hundreds of miles away but doing business in our towns, calling in to book airtime. 'I drove through last weekend. You are everywhere'.

We are in radio advertising. We glibly tell clients that being 'a family firm', 'established for 17 years' means little to anyone. No-one is bothered. Yet, for generations, we produced ads about ourselves rather than implying the benefits our stations bring to listeners.

As a fan of words, I cringe when I see careless language on Outdoor. Wasted words and unnecessary detail. They've likely spend months agonising over the visuals and two minutes on the language. If anyone knows words make a difference, we should. BBC local radio knew that less is more.


And, for any agency dreaming up a campaign using song lyrics. It's been done.

Heart gets it right, with a consistent brand expression over the years. The logo and look was designed generations ago under the guidance of the gifted Stevie P, in the face of lively debate with the grumpy Company Chairman, as I recall with a smile. The 'More Music Variety' line says it all, and they owned that position first . They do go with faces, but usually by the time casual listeners are many in number and have grown curious.

The bright Heart TV campaigns focused on feel-good in real life and that brand essence is still what listeners infer from that station sound and visual identity. Some of the early ones were filmed in South Africa - cheaper and sunnier than here. More recent executions, like the Olly Murs creative, lean more on celebrity, as the brand seeks to maintain its contemporary relevance to thirty something women. Go on. Give it some Heart.


There is no doubt that radio marketing has shifted up a gear from the tentative early days. Prompted originally  by squabbling amongst ourselves, we are now genuinely thinking about true brand advertising as we face bigger battles. 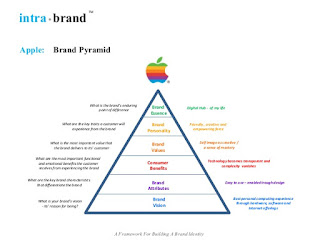 Whilst currently in a good place, a better place than some suggest, the future for radio is uncertain as rival entertainment offerings become ever more attractive and accessible.

Great marketing for any radio station does us all good  - and we need to take our own marketing responsibilities seriously for the future health of our medium.

My book 'How to Make Great Radio' is available now.